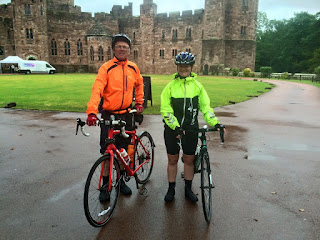 5th day of the Land's End to John O'Groats cycle ride over and done with - a wet rainy day so we decided to treat ourselves to a cuppa at Peckforton Castle in Cheshire. Cycling has taken up most of our time so we've not been able to access the internet, however I will now try to upload some of the more interesting photos as we go along. I'll start with a bit of a retrospective.
Posted by Travelling Light at 12:43 AM 1 comment:


Another early wake up call - buses left at 6.45 for the start and there we were, nearly 300 of us attempting the 25K. The smaller number of 50K'ers had already been running for over an hour starting in the dark. We were a bit luckier as we didn't need head torches. This was a serious race, in fact all of them were including the 10K race which skirted round this rocky peak - our job was, with the help of strategically positioned ropes, to go up and over; this at the end of 4 hours of running through jungle avoiding tree roots on steep uphills and downhills. 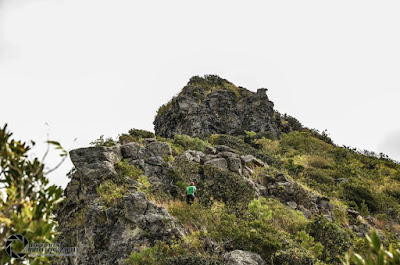 What a well organised event though. Aid stations were manned by dozens of volunteers providing water, coke, energy drinks, bananas, energy bars, fruit, raisins, you name it it was there  - and it was all needed. There's one photo of Ricky Lightfoot from Cumbria, who won the 50K comfortably for the second year, having a positive picnic at one stop. Ricky's fairly tall but he's certainly light on his feet.

So, results then, Vicky was second V60 lady in the 10K - it looks from the picture that she was beaten by the cuddly Dodo but, in fact the first over 60 lady had disappeared - Vicky had obviously run her into the ground. Lyndall paced Vicky for much of the race but once she realised Vicky was going to make it OK, she took off and waltzed through the field to gain an additional sixty places. Lou 329th in 1.46.24, Vicky 392nd in 1.53.33.


Also on the podium - me! I found that I was first placed 96th overall in a time of 4.52 - I've not run (not sure much of it was actually running) for that length of time for years. Astonishing how many locals do this event - the population of Mauritius is about 1.2 million and here were nearly 1200 lunatic mountain runners, mostly from the island but interspersed with a few tourists, mainly from South Africa.

And would I run this race again - if you'd asked me after I'd finished I'd have said no but now I'm not so sure. Mauritius is a friendly place with lots to see and we only saw a few of the sights. One of the most impressive in my book was the sight of a White Tailed Tropic Bird Phaethon lepturus gliding over the high forests. They have a wing span of nearly a metre and are about the same length. We tried to get decent photos of them but they move rather swiftly so this is a Googly snap.

And I though I'd better include a photo of Lou in the water with a smile on her face!